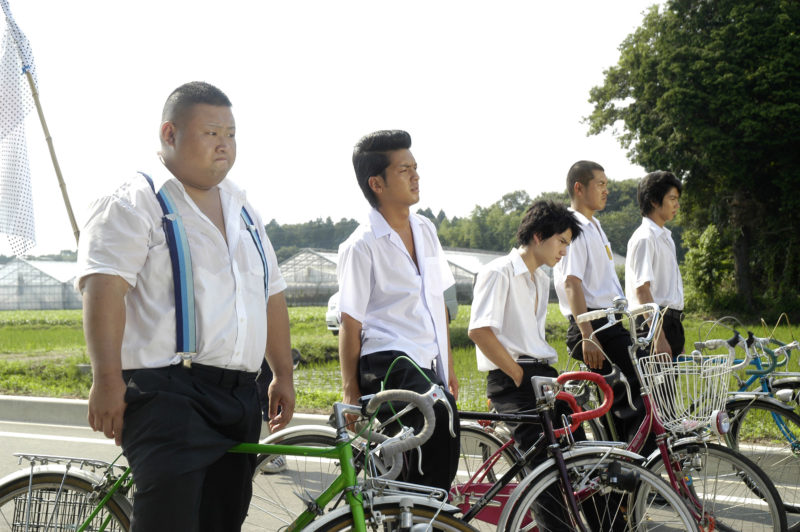 A countryside town, 1979. Our protagonist, "Mamachari", is an ordinary high school student with full of first-rate ideas. One day, one of his friends, the most unruly kid in town "Saijo", gets caught for speeding while riding his bike down a hill by a local police man who always upholds the law and good manners in the town.Unable to stomach getting a ticket, the two and their friends hatch a plan, wondering if they can get revenge on the cop. They hit upon an idea to play a spectacular series of practical jokes on him. The students, laying inventive plans, have a showdown against the policeman, who is drawn into the battle despite his intentions.
In the middle of it all is an once-in-a-lifetime plan to steal and launch fireworks for Mika, an elementary school girl who has fallen seriously ill and refuses a surgery. Can they succeed and convince her of the surgery when the cop is on the way to stop the thievery?

The story is pulled from "true" stories in a semi-fictional blog. Taking the common theme of pranks and adding in the unexpected into a story with a sense of speed, this blog gets over 30,000 hits a day and has racked up a total of over 9 million hits, making it the biggest in both the "novel" and "comedy" categories in Japan. The English version was ranked the top also, in World Top Blogs, an American website that ranks blogs from all over the world.