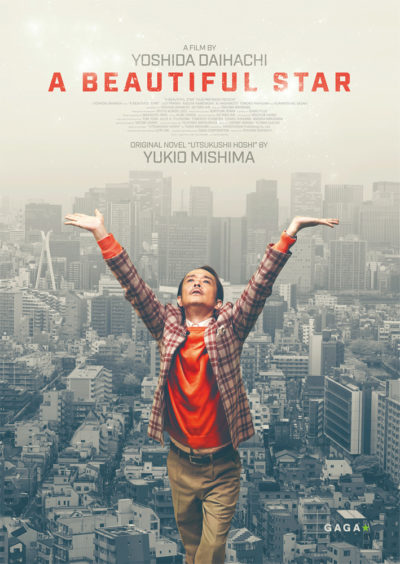 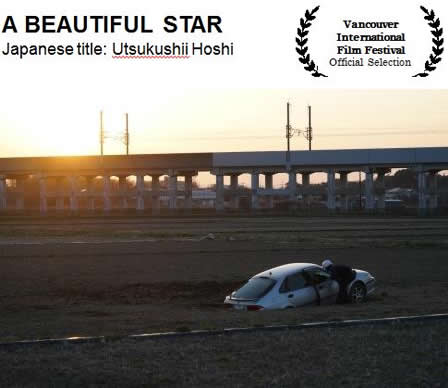 Juichiro Osugi, a demotivated weather forecaster, suddenly comes to believe that he is from Mars after mysteriously struck by blinding light. About the same time, his children also awake as aliens. They believe that they have different missions to accomplish on Earth and Juichiro believes his is to let people realize the immediate danger of environmental crisis. His peculiar plea to save the beautiful planet earns him the limelight; however, a mysterious would-be alien appears to claim against Juichiro. Once a frivolous weatherman now desperately tries to let the man and his audience understand his conviction, not knowing the fate awaiting him ahead.

MISHIMA's unique sci-fi drama turns into an unconventional film in modern times directed by YOSHIDA Dihachi ("Funuke Show Some Love, You Losers!"). It portrays a family on Earth who come to believe that they are actually from other planets all of a sudden. They try so hard to save the endangered planet Earth but things get crazy on the way... Family members are played by Lily Franky ("Like Father, Like Son"), Kazuya Kamenashi ("It's Me, It's Me"), Ai Hashimoto ("Little Forest") and Tomoko Nakajima ("Tokyo Family"). A comical yet bittersweet story of an extraterrestrial family.