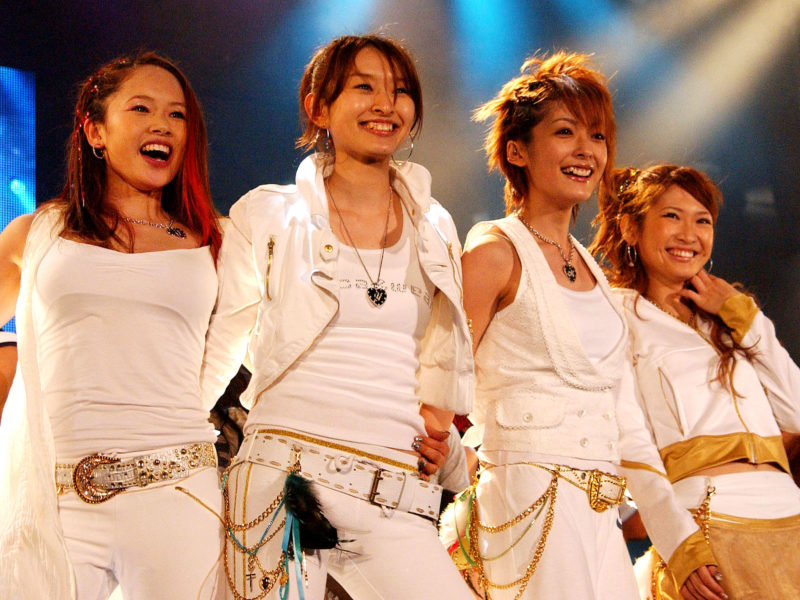 When their star singer, Juli, suddenly decides to abandon her career
for marriage, her four back-up dancers are at a complete loss. Miu is
passionate and serious about dancing, while Yoshika is the most
talented, and a natural leader. Tomoe is slightly older than the
others, and wants to get married, but Aiko hopes to achieve her own
stardom. They expect Juli's eventual return, but meanwhile their agency
assigns them to a young manager, Chano. However, he cannot obtain
sufficient work to prevent them from breaking up. But then he comes up
with the idea of teaming them with a washed-up rock band called Steel
Crazy (another burden on the company), which to everyone's surprise
turns out to work quite well! As Chano starts to look for a bigger
chance for them, the agency decides to disband the group for a
newcomer, Mayu Kisaragi, with Super Tigers. Ultimately, the four are
fired after having an on-stage fight with Mayu's group. In the hopes of
reuniting them, and because of his love for Miu, Chano struggles to
land a big-time stage for the Backdancers!