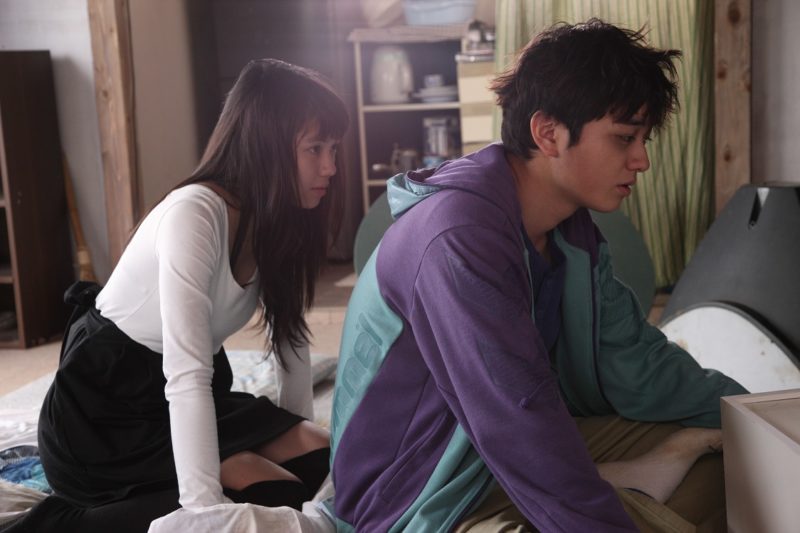 For a junior high schooler Yuichi Sumida, the only wish in his life is to become an ordinary and normal man. Having no big dream but hoping to live without bothering anybody, he lives a quiet life in his family’s rental boat shop with his neglectful mother. His classmate Keiko Chazawa has a major crush on Sumida and finds happiness by getting to know him despite being the source of his annoyance.

His long-gone father only comes back home when he is drunk and needs extra cash, every time being violent physically and verbally against his son; he curses the life of the son for bringing the couple a total misery that he should have been dead long time ago. His mother, worsening the situation, runs off with her lover, leaving the young son alone without money or anybody to rely on. Chazawa desperately tries to cheer up Sumida who is giving up on his life already, and the things seem to calm down around him somehow with her help; One night, however, the father shows up again, cursing him just as always, the son could not contain his anger and sadness anymore that he impulsively kills the father.

Realizing that he can never become the person he always aspires to be – “normal and ordinary,” Sumida becomes obsessed to take sanctions against potentially evil people in the society and gradually become absorbed in the world of despair and madness; Will he fullfil his new dark desire, or will his soul relive and see the sunshine in his life once again?

Once again, Director SONO Sion (“Cold Fish” <2010>, “Love Exposure” <2008>) captures the dark side of human psychology: “HIMIZU” tells a story of a young boy who aspires to be normal and live quietly like a mole, but gets trapped in his own darkness after an incident that can never be erased from his life. For the first time, SONO chose to write a script based on an existing work - a manga of the same title by Minoru FURUYA. The lead roles are played by young actors Shota SOMETANI and Fumi NIKAIDOU who won Marcello Mastroianni Award for Best New Young Actor and Actress at the 68th Venice International Film Festival with this film. The team of actors who appeared in SONO's previous works supports the young actors - Tetsu WATANABE, Mitsuru FUKIKOSHI, DENDEN, among others.