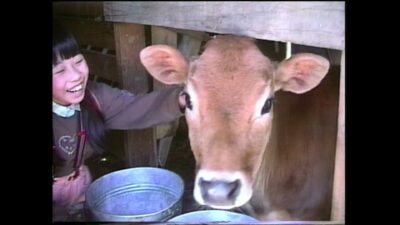 LESSONS FROM A CALF

In 1988, Ina Elementary School adopted a cow named Laura from a ranch as a part of the school’s integrated learning program. Students learn from building the cow’s barn, calculating the feed cost and debating in class for making decisions. Capturing the kids’ lively expressions, the documentary witnesses their growth through the care of Laura. Kore-eda’s first project, mostly rolling a video camera by himself.