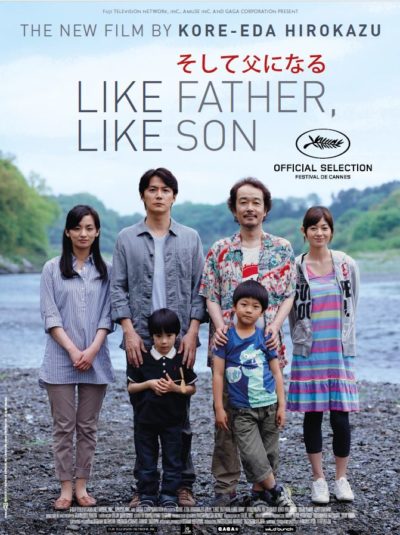 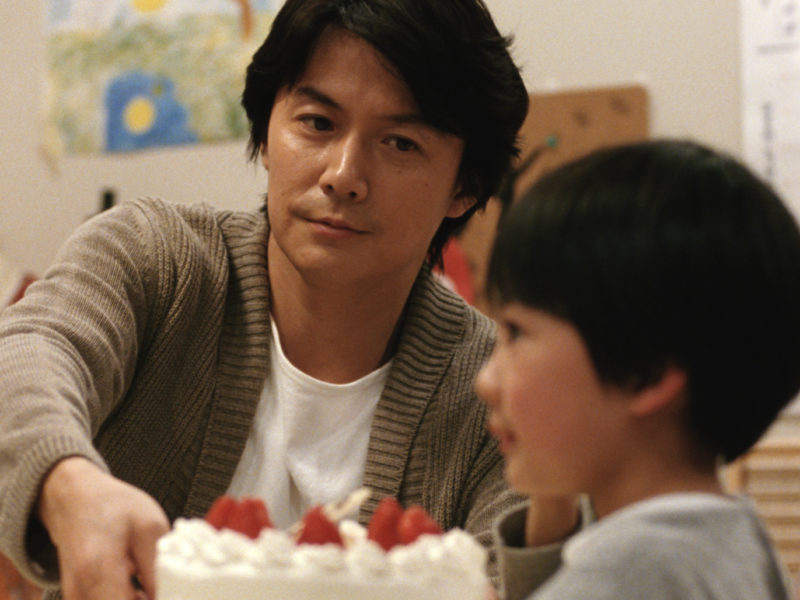 Ryota has earned everything he has by his hard work, and believes nothing can stop him from pursuing his perfect life and living as a winner. Then one day, he and his wife, Midori, get an unexpected phone call from the hospital. Their 6-year-old son, Keita, is not their son - the hospital gave them the wrong baby.
Ryota is forced to make a life-changing decision, to choose between “nature” and “nurture.” In the meanwhile, seeing Midori’s devotion to Keita even after learning his origin, and communicating with the rough yet caring family who raised his blood son for the last six years, Ryota also starts to question himself: has he really been a “father” all these years…
The moving story of a man who finally faces himself when he encounters an unexpected wall for the first time in his life.

Would you choose your natural son, or the son you believed was yours after spending 6 years together? Kore-eda Hirokazu, the globally acclaimed director of “Nobody Knows” (2004), “Still Walking” (2008) and “I Wish” (2011), returns to the big screen with another family - a family thrown into torment after a phone call from the hospital where the son was born…

Working for the first time with leading Japanese singer and actor Fukuyama Masaharu, Kore-eda beautifully orchestrates Ono Machiko, Kiki Kilin and many more acclaimed performers alongside child actors whom the director cast after countless auditions, as in his previous films.