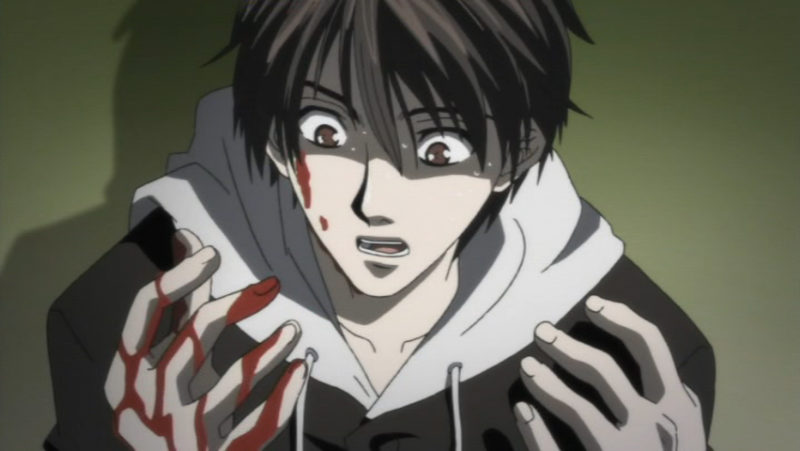 Naoto and Naoya are brothers who were abandoned in childhood by their parents because of their strong supernatural powers. They were confined in a corner of the mysterious Mikuriya Institute, which is in a forest and is guarded by a spiritual barrier against negative energy from the outside world. After 15 years, they escape that place to lead normal lives, but find that they must fight the new “revolution”…

The original live-action TV series Night Head was created by Joji Iida, with then up-and-coming stars Etsushi Toyokawa and Shinji Takeda. It was broadcast in 1992-93 on Fuji TV to great acclaim, despite the midnight time slot. It was such a phenomenal success that it spawned an additional series, a special, a feature film, books, comics and even a video game. This new anime series expands the world of the cult favorite and provides new adventures for the new generation!