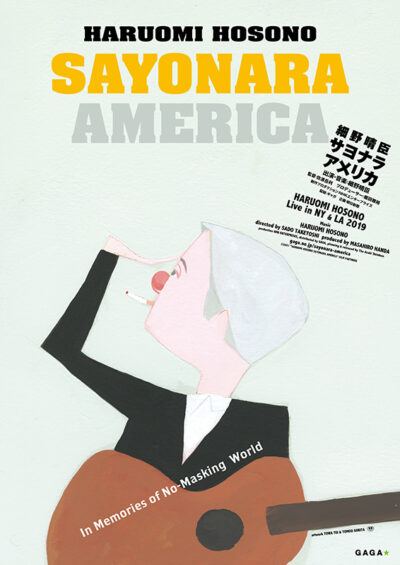 Music is fun, Music is free, because it doesn’t need a mask!

Two years have passed since the release of "NO SMOKING" (2019), a documentary film commemorating the 50th anniversary of Haruomi Hosono's debut. The world has changed drastically due to the sudden appearance of a virus. Live performances are conveyed in the form of videos, and people enjoying music in the same space is a thing of the past.
It is precisely because of this restricted freedom that a live documentary full of happiness and elation has been completed, documenting the culminating live performances held in New York and Los Angeles in 2019, "in memory of the world without masks.” This is a love song to great old American music from Hosono.