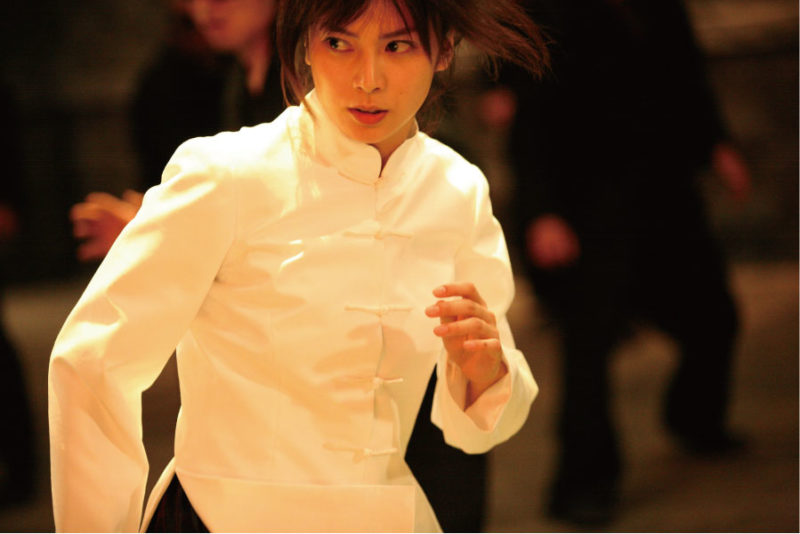 Compelled to take over her late grandfather's kung-fu dojo, Rin endures 3,000 days of brutal training at the Shaolin Martial Arts School in China before returning to her native Japan. But what awaits her is a dojo that lies in tatters and students who have abandoned the true discipline of Shaolin kung-fu.
While struggling to restore her grandfather's school to its former glory and spread a genuine Shaolin philosophy, Rin attends university where she becomes the star member of the lacrosse team. While Rin's exceptional physical abilities bring a string of victories to the team, her teammates in turn come to her aid by helping her reestablish the dojo. Just as fortune seems to smile upon her, a dark incident from a past Rin knew nothing about rears its ugly head and throws her into a fatalistic showdown with tremendous evil. Is the Shaolin Girl up to the challenge?

Chihiro Kameyama, producer of the hit film “Bayside Shakedown”, and Stephen Chow, the renowned director, writer and star of the hit film from Hong Kong “Shaolin Soccer”, are teaming up on a new collaboration.
Directed by Katsuyuki Motohiro, who helmed “Ajin”, “Shaolin Girl” has a spectacular cast. It stars Ko Shibasaki, Toru Nakamura, Takashi Okamura, Yosuke Eguchi, Kai Man Tin from Hong Kong, as well as Lam Tze Chung, the memorable co-star of “Shaolin Soccer”.
This fantastic film is about to make huge waves in the movie world!