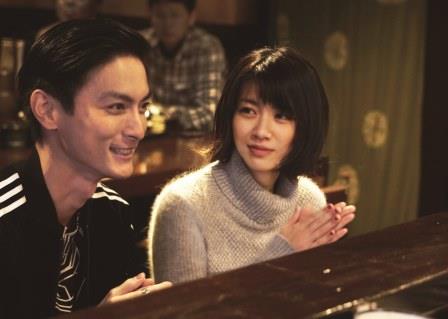 Miyuki (23) is a call girl on the weekends. She has lost her mother by tusnami in 2011 and lives alone with her father in a temporary house in Fukushima. While people are still struggling from the aftermath, she takes a long distance bus to Tokyo to transform herself in the mundane office clerk life to a woman nobody knows. Miyuki, her father and her colleague - people who lost something irreplaceable look for a way out to survive.

Based on the novel "Kanojo no Jinsei ha Machigai Janai" (literal translation: Her life is not at fault) by Director Hiroki, the film delicately portrays people in Fukushima where Hiroki is from. Starring Kumi Takiuchi as Miyuki, Ken Mitsuishi as her father, Kengo Kora as a call girl operator-security guard, Tokio Emoto as her colleague at city government, it is a powerful and emotional story of survivors, who are all trying to find their own silver linings in life.