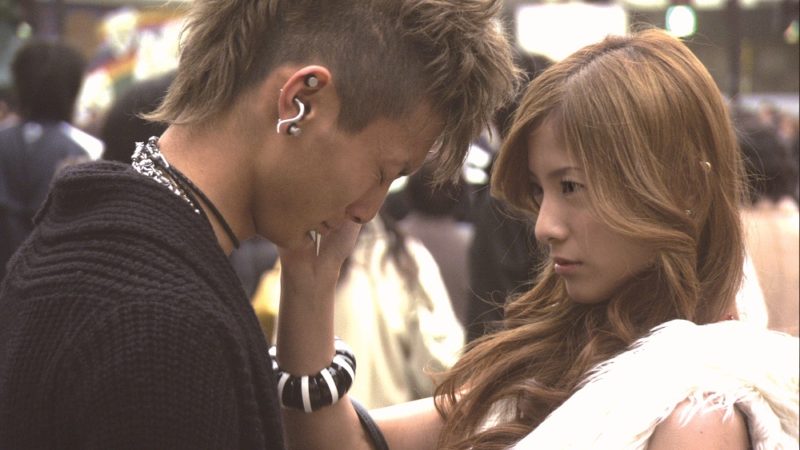 Lui is nineteen years old, beautiful, bored and unmotivated. When she meets Ama in a bar, she finds herself mesmerized by his forked tongue and moves in with him and has her own tongue pierced. Determined to push her boundaries further, she asks Ama#s friend Shiba to design an exquisite tattoo for her back. But what Shiba demands as payment for the tattoo leads Lui into a brutal and explicit love triangle like no other. Then, after a violent encounter on the backstreets of Tokyo, Ama vanishes and Lui must face up to the reality of her life...

Yukio Ninagawa, the world’s stage director, cinematizes the shocking debut novel of Hitomi Kanehara, who strikingly portrays the essential qualities of people living in modern times while being honored with the Subaru Prize for Literature and the Akutagawa Awards at the same time.