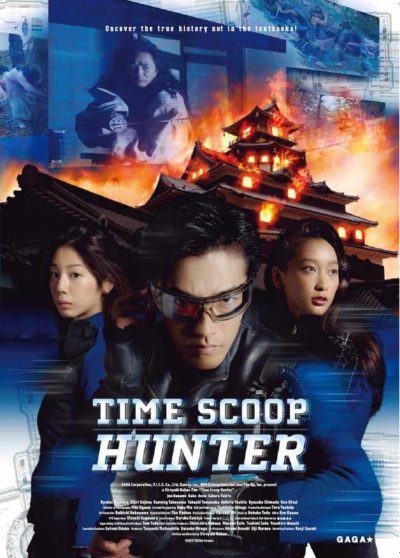 The story is set in Kyoto, just after the “Honno-ji Incident,” the rebellion by the Nobunaga Oda’s vassal, Mitsuhide Akechi. A man interviews the local people in a state of chaos; His name is Yuichi Sawajima. He is a time space journalist who travels to various eras to record the lives of unknown people with using time warp technology. Sawajima records about a famous merchant named Soshitsu Shimai, who has the phantom tea caddy known as “Narashiba,” and about the Shimai’s samurai guard, Gonnosuke Yajima. But suddenly they are attacked by a mysterious monk who has a “gun from the future” that could not have existed in that era, and the tea caddy is lost. In order not to change the history of the tea caddy and people related to it, Sawajima jumps in and out of various eras while trying to recover the “Narashiba” tea caddy. Finally he ends up in “the final day” of Oda’s Azuchi Castle, which is about to be destroyed by a mysterious fire.

First broadcasted in 2009 and now in its fifth season in 2013, the popular documentary-style drama series on NHK is coming on the big screen,
A time space journalist travels to various eras to document the hidden stories in the history. The story is set in 1582, when the most famous Shogun Nobunaga Oda was about to dominate all of Japan. The journalist takes on the unresolved mystery of what really happened on the final day of the renowned Azuchi Castle. The film stars Jun Kaname and Anne from the TV series, supported by new members Kaho and Saburo Tokito. “Time Scoop Hunter” is starting on a journey through four eras with the non-stop SF action.