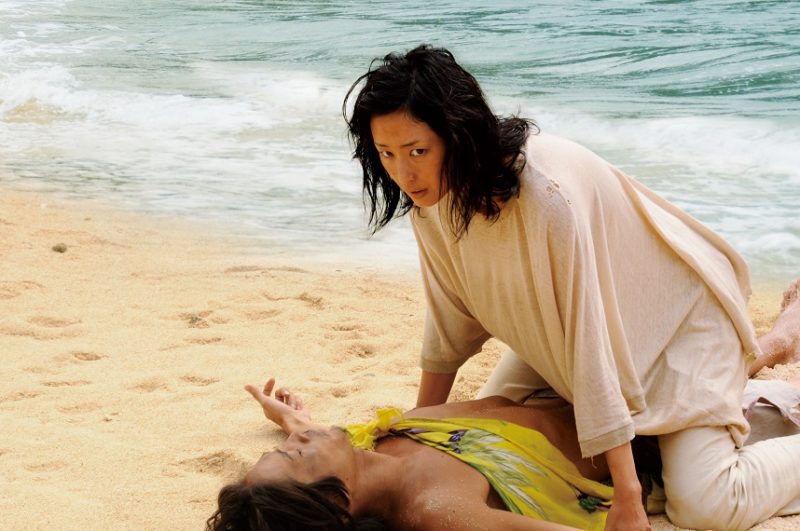 Kiyoko and her husband are drifted to a deserted island and barely manage to live sanely; When a group of young Japanese men land on the island and Kiyoko thinks she now has handful collaborators in order to get out of the island, her husband turns up dead on the island's shore right below a steep cliff. She chooses her next husband successfully and enjoys the attention from the other young men, but when a group of Chinese men arrives on the island, and her second husband's dead body turns up just like her first husband's, she realizes that there is no one but herself she can rely on in order to break away from this island...

Twenty-three men and a woman are left on a deserted island. Can she survive from this island full of uninhibited desires?

The movie is based on the bestselling scandalous novel from a Naoki Award winner Natsuo Kirino, which was in fact inspired by an actual event in Anatahan Island (of Mariana Islands) in 1945. Directed by Makoto Shinozaki, who won the Wolfgang Staudte Award in Berlin International Film Festival for his debut "Okaeri" in 1995, the lone woman on the island is played by Tae Kimura, Japanese Academy Award actress from "All Around Us" (2008), surviving shrewdly among young men, led by Yosuke Kubozuka, also Japanese Academy Award actor from "GO" (2001).