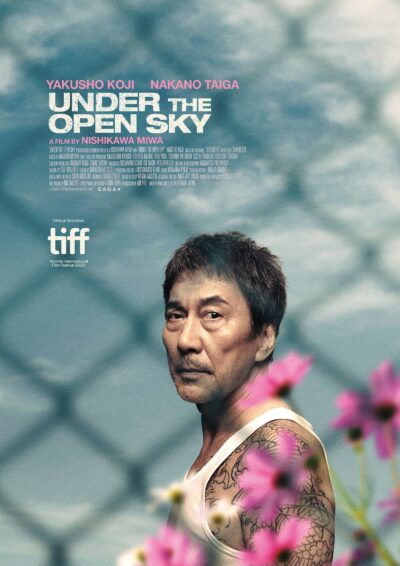 UNDER THE OPEN SKY

Mikami, an ex-yakuza of middle age with most of his life in prison, gets released after serving 13 years of sentence for murder. Hoping to find his long lost mother, from whom he was separated as a child, he applies for a TV show and meets a young TV director Tsunoda. Meanwhile, he struggles to get a proper job and fit into society. His impulsive, adamant nature and ingrained beliefs cause friction in his relationship with Tsunoda and those who want to help him.

NISHIKAWA Miwa was first discovered by film director Hirokazu Kore-eda (“Shoplifters”), working with him from “AFTER LIFE (1999).” After working with many veteran directors, she made her directorial debut with “WILD BERRIES” (2003). Her second film, “SWAY” (2006), was acclaimed at Cannes’ Director’s Fortnight, and her third film, “DEAR DOCTOR” (2009), also enjoyed great success at the box-office in Japan, winning various awards, including Best Screenplay Award at the 2010 Annual Japan Academy Prize. Her fourth film, “DREAMS FOR SALE” (2012), had its world premiere at Toronto International Film Festival.
Her novel “THE LONG EXCUSE,” nominated for the Naoki Literature Prize (2015) for the second time, was adapted into movie with Nishikawa as director (2016). She has been writing original stories for her feature films which also earned her literary prizes. The latest film “Under the Open Sky” is her first feature based on a novel “Mibuncho” written by SAKI Ryuzo.