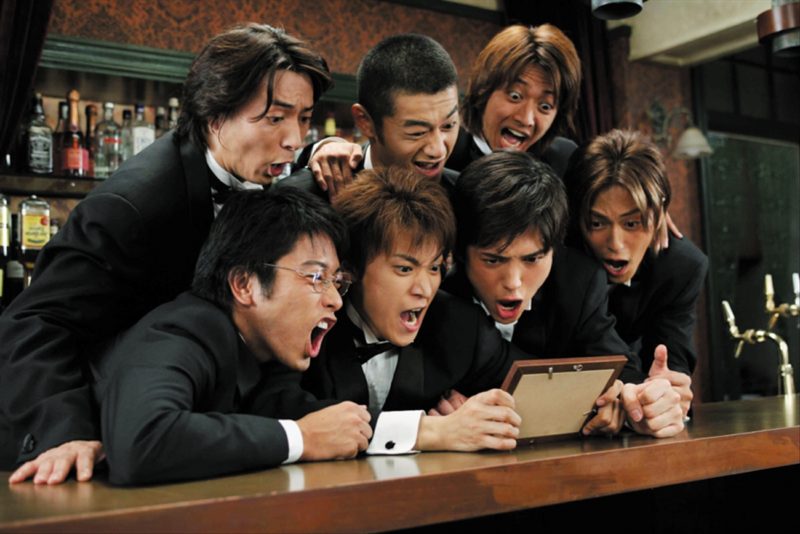 Seven young men who are desperate for quick money arrive at a desolate
seaside bar, called Dog Days, to audition as "hosts." This is the
highly popular occupation of entertaining female patrons with smooth
talk and a soothing smile while offering them drinks at "host clubs."
Although their previous jobs varied from street performer to ex-banker,
they are all happy to get this dream job so easily, until they discover
that the 'manager' has run off with their deposits! Upon seeing them so
discouraged, the sympathetic bar owner offers his place for them to
open up a host club by themselves. With the help of his granddaughter,
Chika (who has a heart disorder), and despite the combination of their
initial confusion, personal problems and a typhoon that almost blew the
place down, they gradually find the true meaning of friendship, trust
and love.